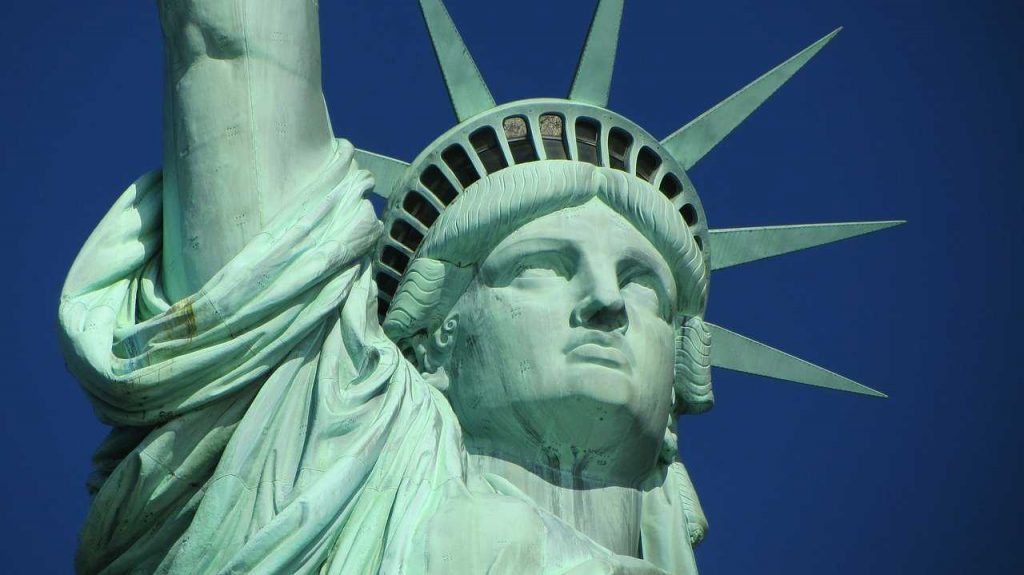 When the world began to get acquainted with Alexandria Ocasio-Cortez, the young Democrat was 28 years old, had stopped working as a waitress a year ago and was still paying off her college loans. Born and raised in a humble family with Latin American roots, she grew up with a litany that ran through her head: “Girls like me aren’t supposed to run for public office.”

KNOW MORE: They broadcast a video of Ocasio-Cortez dancing to humiliate her, and she becomes a new symbol among her followers

One of the keys to its success has to do with what was supposed to happen – veteran congressman Joe Crowley winning once more in the New York primaries – and what finally happened: a young left-wing mother Puerto Rican beat a heavyweight from the Democratic Party. Ocasio-Cortez is called to break down her Republican opponents and veer a bit to the left of a party of moderate Democrats.

The triumph of Ocasio-Cortez, both in the primaries and in the mid-term elections, is part of a wave of victories by young, racialized candidates, who are part of the LGTBI collective and who want to end the establishment inside and outside of your party; the same elite that did not know how to beat Donald Trump.

Born in the Bronx

Alexandria Ocasio-Cortez was born in 1989 in New York and raised in a working family. To a Puerto Rican mother and a father born in the Bronx neighbourhood, he travelled 40 minutes every day to study at Yorktown. In Boston, he studied Economics and International Relations. At that time he worked for Senator Ted Kennedy.

When she finished college, she returned home to the Bronx and got a job as an educational director. But the economic crisis greatly affected her family and she was forced to also work as a waitress, with “18-hour shifts” to help her mother, who worked as a cleaner. Ocasio-Cortez’s father had died a few years earlier after battling cancer.

He worked on the Sanders campaign.

In 2016, he entered politics by participating in the New York campaign of Bernie Sanders during the Democratic primary that he lost to Clinton, and joined the activists of Standing Rock to protest against the natural gas pipeline that will cross communities belonging to Native Americans.

Trump’s victory was the spark that he lacked to run for office. In May 2017, she ran as a candidate for the New York primaries. “I never imagined running for office on my own,” he said during an interview in New York Magazine. “I ruled out that possibility because I felt that I had already been ruled out. I felt that the only way to run for public office was by having access to wealth, to social influence, and I had none of that. Everything that happened after is history.

How did you present yourself to the voters?

The key to Ocasio-Cortez’s candidacy rests on her grassroots work and her ability to topple not just Republicans but moderate Democrats who, for many, don’t show enough outrage against Trump. This is the video with which it was unveiled in May 2017.

This is what it says in the video:

“Girls like me are not supposed to run for positions in the Administration. I was not born into a rich or powerful family; my mother is from Puerto Rico and my father from the South Bronx. I was born in a place where your code postcard determines your destiny. My name is Alexandria Ocasio-Cortez. I am an educator, coordinator and worker from New York. I have worked with pregnant mothers, a waitress, and I have taught that going into politics was not in my plans. But after 20 years of The same policies we have to ask ourselves: Who has New York changed for?

Every day it is more difficult to get ahead for working families like mine. Rent is getting more and more expensive, health insurance covers less and our salaries are frozen. It is clear that the changes have not been made for us and that we deserve someone to defend us. It is time to fight for a New York where working-class families can afford all of this. That is why I am running for Congress. This race is about ordinary people against money. We have the people, and they have the money.

It is time to recognize that not all Democrats are the same. A Democrat who accepts money from corporations does not live here, does not send his children to our schools, does not drink the same water as us or breathe our air, and he cannot represent us.

Queens and the Bronx need Medicare for All, free education, guaranteed federal jobs, a reform of the criminal justice system and we can do it now. It doesn’t take hundreds of years for this to happen. It requires political courage. New York, for the majority, is possible. It is time for one of us. “

Woman, racialized and defender of the LGTBI collective

In early January, a group of women legislators with African American, Hispanic, Native American and Palestinian origins entered the House of Representatives and the Senate. The day they were all called to occupy their new positions, Alexandria Ocasio-Cortez shared a photo on her social networks with a phrase in Spanish: “Yes, we can.”

In the Vanity Fair report in which the shared photo appeared, they describe this group as “the new face of the Democratic Party: young, not white, LGTBI and feminized.”

What are your main proposals?

The Democratic candidate advocates for Medicare for all, tuition-free public schools, the abolition of the Immigration and Customs Enforcement agency, and is also an advocate for gun control measures. During her campaign, like Sanders, Ocasio-Cortez rejected the large donations that corporations often make and preferred small donors’ support. Almost 70% of his campaign funds were individual contributions of less than $200.

Defender of the ‘Green New Deal’

The congresswoman also wants those who have the most to pay more taxes. The proposed policy would reach 70% income taxes and affect people who earn more than 10 million dollars a year. He advocates that the richest Americans pay a fair share of taxes to help finance the Green New Deal, or what is the same, the way the United States combats climate change.

The New Green Agreement that Ocasio-Cortez speaks of and that already has the support of more than 30 congressmen is based on the regulation of the international financial system, tax systems, the responsibility of transnational companies or the role of the State in the creation of incentives and employment through public spending.

When they try to attack her everything turns in their favour

Last week, with her new post as a congresswoman, Alexandria Ocasio-Cortez starred in one of the funniest moments of this beginning of the year, something that elevated her even more.

A Twitter user tried to ridicule the young politician by broadcasting a university video in which Ocasio-Cortez is seen dancing with colleagues on the roof of a building. The ideologist behind this smear strategy achieved exactly the opposite: his followers praised the sequence because it shows a happy and smiling young man having fun with friends.

The Twitter account that wanted to humiliate him disappeared and Ocasio-Cortez replied with another video and a lot of humour: “I’ve heard that Republicans think it’s scandalous for women to dance. You’ll see when they find out that a congresswoman also dances. Have a good time Weekend”.

Alexandria Ocasio-Cortez (AOC, as she is called on social media and some headlines to abbreviate her name) is so fashionable that everything turns in her favour when they try to attack her.